.
(Most recent photos added Saturday morning, 11:21 am.)
.
This WEEKEND is loaded with FESTIVALS, CONCERTS, and more, even some ARTIST WORKSHOPS. All THAT is in our many-times-updated August events edition that you can get fast 'n free, by clicking right HERE!

It's also THE ANNIVERSARY OF WOODSTOCK, and we have SPECIAL COVERAGE with LOTS of PHOTOS from the 1969 event!

First, our piece on the 50th anniversary and what it means, is

reachable by clicking the title above.

On the second day of the 50th anniversary of Woodstock, PETER FONDA, an actor who rose to fame in the same year, left us. He will always be best remembered for his role in the 1969 counter-culture classic "Easy Rider," though his career would, years later, include an Oscar-nominated role in "Ulee's Gold" (an award he lost to his "Easy Rider" costar). Peter Fonda died Friday of complications from lung cancer. Though his screen persona will keep him forever young, he was 79 years old. Watch the Jeff Glor report on "CBS this Morning Saturday" (2 min 27 sec video; ignore the app stuff and just press play).

There's MUCH more you won't find anywhere else...

YOUR GUIDE TO CELEBRATING WOODSTOCK IS THIS ENTIRE EDITION

Because we've got to get ourselves back to the garden... 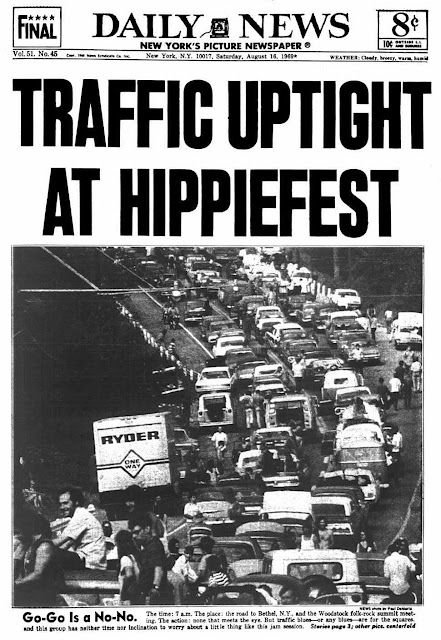 Sun, Aug 18:
5 pm-6 pm - "WOODSTOCK: 50 YEARS LATER" (2019) repeats last week's documentary about how the festival happened, which is fascinating, but the filmmakers' inability to pay the crushing music royalties keeps the soundtrack devoid of all the iconic performances. On KCET-LINK.

"MICHAEL LANG: THE ROAD TO WOODSTOCK" (44 mins, taped 7/25/09 in the "HISTORY BOOKSHELF" series).
*  Michael Lang talked about his memoir "The Road to Woodstock: From the Man Behind the Legendary Festival" (Ecco; June 30, 2009).
*  A co-founder of the Woodstock Music Festival, he recounts the creation and execution of the concert including the booking of the acts, several of whom were unknown at the time, and the procurement of Max Yasgur’s farm in upstate New York that would be used as the concert venue.
*  He talked with his co-writer, Holly George-Warren, and then they both responded to questions from members of the audience.
*  Michael Lang is currently the head of the Michael Lang Organization, which manages live-event and film and theater productions. Mr. Lang has produced several other festivals, including the concert at the fall of the Berlin Wall in 1989 and Woodstock '94.
*  AIRS: Sat, Aug 17, C-SPAN-2, 6:16-7 am; &
Sun, Aug 18, C-SPAN-3, 1-1:45 pm; 11-11:45 pm.
*  WATCH ON-DEMAND at: https://www.c-span.org/video/?288311-1/the-road-woodstock
___

"ARTIE KORNFELD ORAL HISTORY INTERVIEW" (Taped 4/7/14).
*  The 1969 Woodstock Festival's co-creator Artie Kornfeld talked about the historic three-day concert that attracted nearly half a million people to a dairy farm in upstate New York.
*  He recounted details of how Woodstock came together, signing the musical artists, and the concept and business arrangements for the documentary film.
*  Mr. Kornfeld is the author of “The Pied Piper of Woodstock.” The interview was conducted by Greg Peterson, co-founder of the Robert H. Jackson Center.
*  AIRS: Sun, Aug 18, 1:55-2:30 pm on C-SPAN-3.
*  WATCH ON-DEMAND at: https://www.c-span.org/video/?463376-1/artie-kornfeld-oral-history-interview
___ 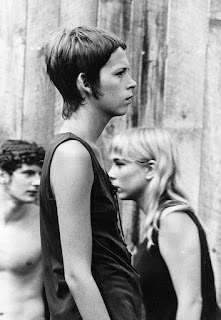 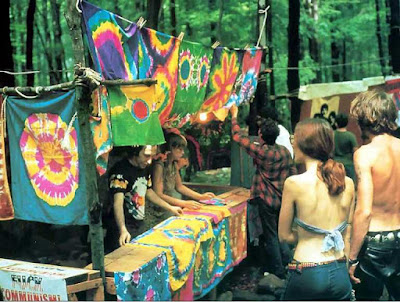 
Photography in 1969 was done with film, and newspapers and most magazines ALL shot black & white. A lot of the color film of the time was not stable over time, using organic dyes. In addition, the emulsion on color transparencies (slides) proved tasty to tiny bugs that are still eating the history of the 20th century.
___ 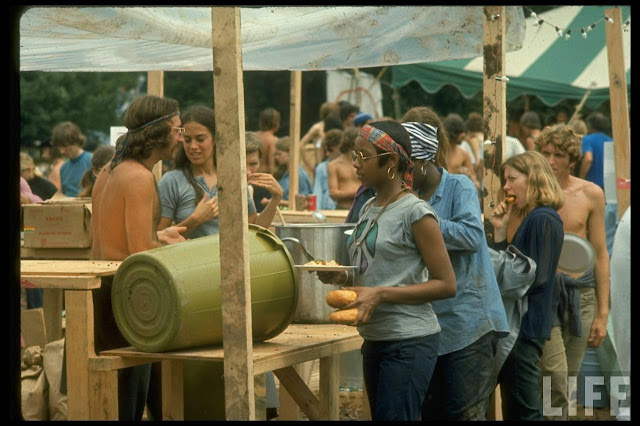 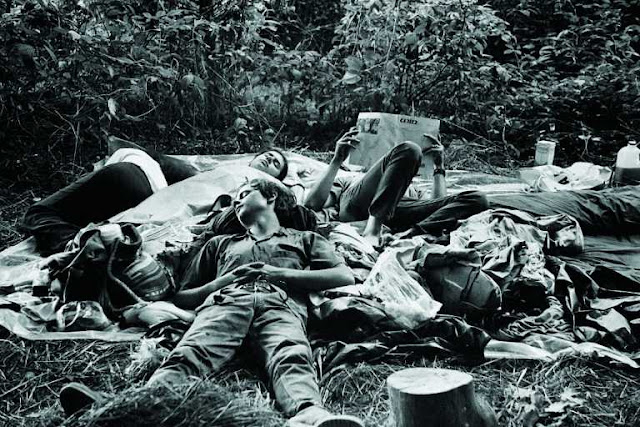 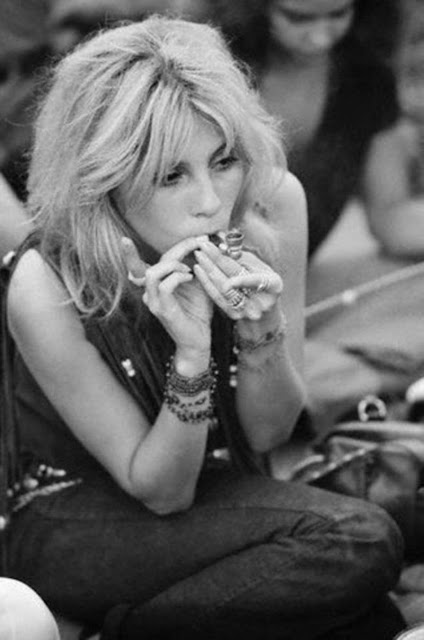 That'll do it for our special WOODSTOCK 50th coverage.

Remember -- this WEEKEND is loaded with FESTIVALS, CONCERTS, and more, even some
ARTIST WORKSHOPS. All THAT is in our many-times-updated August events edition that you can get fast 'n free, by clicking right HERE!
___

Fifty years ago today, "Three days of peace and music" began on Max Yasgur's farm outside the tiny town of Bethel, New York. It would bear the name of the town fifty miles away that had first welcomed, and then prohibited it or any festival or gathering of more than 5,000 people. More than 400,000 -- and perhaps closer to half-a-million -- would attend Woodstock, which ran parts of four days, August 15-18.

In an age before an internet or social media or mobile phones to get the word out about anything, there was person-to-person excitement on par with the Yukon gold rush.

Immediately, Woodstock was about more than the music. It brought the counter-culture a realization of itself as an energized, youth-driven sociopolitical community for change. The Women's Rights, Gay Rights, Environmental, anti-pesticide, anti-plastic, anti-corporate, pro-marijuana-legalization, and other key movements galvanized into forces with the longevity to bring change that is still occuring into our time.

Almost right away in its own time, the Civil Rights and anti-Vietnam War movements became unstoppable -- even as the tragic and turbulent '60s concluded. Nixon would fall; yet in the establishment backlash, the glorification of greed and Reagan would rise; the fight to stop corporate hegemony and its message management would come to collide with industrially-driven climate change; the primacy of Wall Street banksters and an insidious warconomy would continue to deny humanity's basic needs; and in a post-Warren Report world, we would find ourselves in a time when every message seems exploitive and must be suspect.

Still, we are better equipped to face all the existential challenges, chaos, turmoil, cynicism, and manipulators of our time because, 50 years ago, we learned the Woodstock "fish cheer" ("Gimme an F") from Country Joe & the Fish; Jimi Hendrix combined the pomp and presence of the National Anthem into a revolutionary and instantly iconic guitar solo that still confronts the listener with the interwoven sounds of missiles, falling bombs, and chaotic combat in the name of the nation; Crosby, Stills, Nash & Young advocated a more ethical philosophical underpinning for teaching our society's children; and Joni Mitchell offered the realization that each and every one of us, however humble or deprived, is stardust, and can shine untarnished, like gold.

If any past time seems simpler than ours today, it wasn't. The '60s, with its backyard-bomb-shelters; ever-vigilant and ever-airborne nuclear bombers; prototype war masquerading as defending freedom but actually for economic domination of other people's resources; and pantheon of assassinated visionaries; all attest to that. Fifty years later, those three days of peace and music -- mud and all, in a magical moment called Woodstock -- remains a state of mind as hallowed and legendary as any Camelot or Xanadu. It continues to empower us all to speak truth to power, and to call BS to those determined to con us. It continues to inspire the dream, yeah, of attending the ultimate music festival -- and much more, of living in a better world.