.
.
This is a special edition for Veterans Day. The previous edition has all the EVENTS for November and beyond, and we continue to add to it, with more concerts, festivals, club gigs, film events, artist workshops, holiday programs, and more.

Veterans Day has become an increasingly troubling and troublesome day in an America that has replaced diplomacy with deployments, and that suddenly reveals military alliances of convenience when it abandons them without notice, along with their military and indigenous civilian populations. Meanwhile, unresolved issues that haunt veterans from their time in uniform cause them to have the highest suicide rate in America -- and nearly always from a firearm.

Certainly the boiling stewpot of all these things have drastic and lasting impacts on the sensibilities of our veterans. Just as they produce disastrous impacts on how the world sees us, and irrevocable impacts on America's infrastructure and societal institutions as evermore money is diverted to feeding an insatiable Military-Industrial complex warconomy that demands upgrades and replacements because of warfare without end. But precious little is reserved to meet the needs of the veterans who were sent to enact inscrutable aims in unprecedented numbers of multiple deployments.

Thus, this day and its observances warrant far more broad-based consideration than a tangled myriad of complex crises receive in a rather diversionary and thorougly oversimplified flag-waving rah-rah called Veterans Day. Hence, we humbly offer this special edition.

We open with word of two special events: 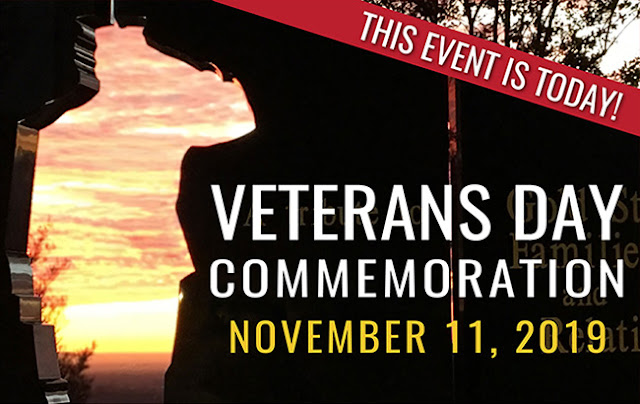 Mon, Nov 11:
10 am-3 pm - annual "VETERANS DAY COMMEMORATION" with live music and more at the Reagan Library, 40 Presidential Dr, Simi Valley CA, 93065
*  In addition to the 11 am program, the following activities run all day:
•  live musical entertainment
•  a civil war encampment
•  a military vehicle display
•  a program honoring all branches of the US military
*  The Ronald Reagan Presidential Library hosts its annual Veterans Day Event to honor the men and women who serve in the United States Armed Forces.
*  The 11 am program includes an honor guard, live music, and remarks by keynote speaker Captain Dan Pedersen. Captain Pedersen was the senior officer in the group of nine men who formed the Navy’s legendary “Topgun” graduate program at Naval Air Station Miramar in March 1969. He served in combat during the Vietnam War, with two flying cruises on USS Hancock (CVA-19) and two on USS Enterprise (CVN-65).
*  Later, Capt. Pedersen commanded the super aircraft carrier USS Ranger.
*  He accumulated 6,100 flight hours and 1,005 carrier landings while flying 39 types of aircraft.
*  Capt. Pedersen has been inducted into the Aviation Hall of Fame in the Palm Springs Air Museum and San Diego’s Air and Space Museum.
*  The Library will be selling signed copies of Captain Pedersen’s new book, "Topgun: An American Story" throughout the day.
___


In our previous edition, we called your attention to this Veterans Day film festival. It's FREE, BUT THE TICKETS WERE ALMOST GONE:

Mon, Nov 11, FREE FILM FESTIVAL:
10 am-4 pm - "VETERANS DAY FILM FEST" aboard the Battleship Iowa, docked as a nonprofit museum on the L.A. Harbor waterfront at 250 S Harbor Bl, San Pedro CA 90731
*  RSVP NOW - tickets are free and nearly gone: https://www.eventbrite.com/e/veterans-day-film-festival-at-the-historic-battleship-iowa-tickets-78478520367
*  The Iowa's first-ever film festival debuts the Emmy Award winning documentary, "The Last Signal," and screens the superb WWI documentary, "They Shall Not Grow Old," with a live Q&A by Emmy Award winning director Kyle Olson.
*  Throughout the day, enjoy free family-friendly activities on the fantail of the ship, including mural painting and "Vicky the Dog story time" with author Carole Hershman (Vicky was the ship's mascot once upon a time).
*  Food & drink available for purchase from Mike Caccavella Catering.
*  Ship tours will be offered throughout the day at regular admission rates. All active, reserve and retired military receive free self-guided tour admission. Tours start at 10 am and the last tour is at 4 pm.
*  Screening schedule, directions and parking info, and more, at the link above. 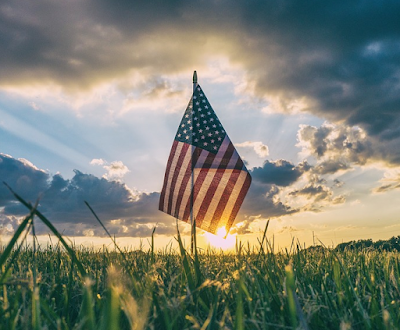 For generation after generation, American veterans have made sacrifices that range simply from years of their lives to crippling wounds and loss of life.

Always, military recruiting and deployments are honored as necessary to preserve our freedom and secure our constitutional rights. In the past, they certainly were. In the post World War II world — and with evermore complexity in the 21st century — military service and sacrifice is exploited for unclear economic purposes, in wars for oil and regime change that seldom improve things for the people where governments are replaced by force of arms.

A phrase that grew out of the Vietnam War remains necessary in the current age of pugilism over diplomacy: you can't blame the simple soldier for the war. Many, now out of uniform, continue to bear scars from what they have seen, experienced, and in some cases, inflicted. Homeless populations throughout America are disproportionately comprised of veterans.

Other veterans have used their military experience as a springboard for involvement in everything from being elected to Congress, to organizations like "Veterans for Peace" and "Food Not Bombs," to community improvemrnt projects, to the movement for a 28th Amendment to the Constitution to preserve American democracy by evicting the ability of monied interests to purchase our politicians.

This year, Veterans Day happens to fall on the date of its roots, as the moment of the 11th hour of the 11th day — November 11th, 1918 — when the Armistice took effect, ending the bloody trench warfare and poison gas attacks of World War I, and producing the need for remembrance of that war's veterans. Our modern world renamed "Armistice Day" to "Veterans Day," so employers wouldn't need to tolerate yet another holiday when World War II produced an entire generation of veterans who likewise required recognition for all that they had endured. And as each new generation has its patriotic impulses thrown into some new meat grinder, it has proven tragically convenient not to differentiate the causes for which they were sacrificed.

Here at the Guide, we continue our tradition of honoring all those still living who have worn a uniform in service to the rest of us, from soldiers and sailors and airmen and Marines and Coast Guard, to emergency first responders. Similarly, every Memorial Day we honor those who served, and have ended their time on this Earth.

And we maintain, at all times, that causes and reasons for war and conflict and deployment and sacrifice should be continually scrutinized. When firefighters are sent to risk their lives in a conflagration, a fire marshalls' report publicly discloses the cause of the fire. The same is needed each time our military is sent anywhere, with complete public examinations of purpose, goals, effects, damage, outcome, and measures needed to prevent future conflagrations.

THAT would truly honor our veterans.

Uniformed service often produces references to bonds of brotherhood. We ran across this quote from an unlikely source who was born on this date:

"Brothers don't necessarily have to say anything to each other -- they can sit in a room and be together and just be completely comfortable with each other."
-- Leonardo DiCaprio, actor and director (born Nov 11, 1974)

War pervades so much of our history, and human history. It resonates in everything, even when we are not listening. Of necessity, the greatest medical advances always come from treating war wounds, from burn treatments and plastic surgery, to eye surgery to restore sight, to prosthetic replacements for limbs blown-off, to treatment (such as it is) of traumatic brain injuries.

And sometimes it resonates in unexpected ways.

The submarine USS Grayback was lost 75 years ago on November 10th, 1944, on its 10th war patrol of WW II. It was found yesterday, on November 10th, 2019, in 1,400 feet of water. A "Tambor-class" submarine, the crew of Grayback is still on patrol. And the timing of the discovery resonates this Veterans Day.

Here's another perspective, and it's from a veteran. We find it especially compelling and want to share it.

Titled, "We don’t need more missiles. We need love and action," it was received by a presidential campaign, sent by a retired U.S. Army Lieutenant Colonel:


"This Veterans Day marks 101 years since the signing of the armistice that ended the carnage of World War I. What does that mean for us?

"Wars not only wound soldiers, but also families.

"My father and his brothers served in the Army, Navy and Marines. My grandfather fought in World War I. My cousin was killed in Vietnam.

"I signed up for the Army in 1983 and retired in 2016, serving in Saudi Arabia during Desert Storm. I spent my last 15 years in Army Civil Affairs in service of repairing international relationships in order to stabilize host nation countries.

"Bombs and bullets are expensive. For every innocent person who dies in war, dozens upon dozens more of their families and friends foster enmity and hatred towards us as the source of that death. Some of those grieving people become terrorists as a pathway to revenge.

"Marianne’s* U.S. Department of Peace speaks to me. I have seen too much death — death of people and destruction of nations. Building relationships and bonds with other nations builds our national security, not dropping bombs on them.

"I stuttered as a child. I got over it by memorizing and reciting John F. Kennedy’s inaugural address. This line struck me powerfully:

"We don’t need more tanks or missiles. We need to give aid, investment, food and love where people need it.

"I’m not a naive idealist. As a military man, I can tell you, it is realistic. Marianne’s* U.S. Department of Peace is exactly what will bring peace to this planet.

"Let us work so that our future veterans are not of veterans war and killing, but of efforts to create peace on earth."

* - "Marianne" is Democratic presidential candidate Marianne Williamson, to whom the retired veteran sent the letter.