February 3rd is must-know date for all who love music. (And no, we are not changing-over to a ruminating-about-the-past site, or a place where you go for all the anniversaries.)

On February 3, 1959, 60 years ago today, Rock and Roll musicians BUDDY HOLLY, RITCHIE VALENS, and J. P. "THE BIG BOPPER" RICHARDSON (left to right in the photo montage) were killed in a plane crash near Clear Lake, Iowa after playing a gig on a whirlwind tour. 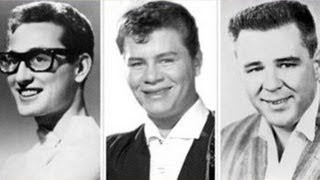 The news media of the time, seeing rockers as an aberrant counter-culture flash-in-the-pan youth craze, gave little notice to the deaths of these early giants of the genre.

That would wait until the early 1970s, when singer-songwriter DON McLEAN would sweep the charts with his acoustic guitar and vocal hit, "American Pie." But it was always a larger hit for what it wasn't about -- the masses interpreted the song as being about the collapse of everything good because of the Kennedy assassination and the Vietnam War.

College classes would even be taught about McLean's lyrical composition -- the symbology and sweeping cultural significance of the song and how it spoke for a generation. 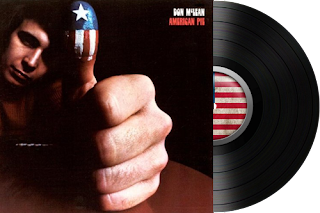 In fact, McLean wrote the song about his
dead musical hero, Buddy Holly, and, in
the lyrics of the song, "The day the
music died" was Feb. 3rd when the
plane crashed -- not Nov. 22nd, when
the era of assassinations began.

Fast forward years later, when some
exploitive jerk in Hollywood sought
success by deceiving fans steeped in the
song, and titled his lame ripoff movie "American
Pie" -- dumb celluloid pablum that didn't use the song at all.

For a GOOD movie, go find "LA BAMBA," the 1987 biopic about RITCHIE VALENS, the East L.A. Chicano musical prodigy who died with Buddy Holly. It stars Lou Diamond Phillips as Valens, and has fine performances by Esai Morales, Rosanna DeSoto, Elizabeth Peña, Danielle von Zerneck, and Joe Pantoliano. The movie shows how Ritchie had to accept his stage-name change from being the real Ritchie Valenzuela to musician "Valens" to be "acceptable" for national exposure to the American audience of the time.
_______

The "La Bamba" soundtrack album featured music
icons. It's a tough find today, and worth searching. 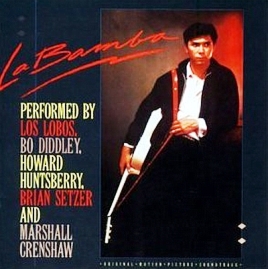 ☆ "AMERICAN PIE" -- the DON McLEAN hit record from the early 70s. The entire song is here, meaningfully narrated by the lyrics (the radio version was, and is, idiotically chopped short, so you may never have heard the full lyrics to really "get" the song): 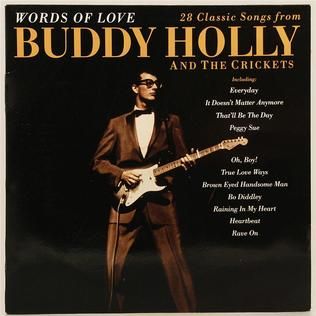 ☆ BUDDY HOLLY began as a bluegrasser, and developed a revolutionary style after seeing Elvis perform. His catalog was brief, but there's a lot in it. We chose the original recording of "That'll Be the Day," which became a hit for Linda Ronstadt a decade-and-a-half later: 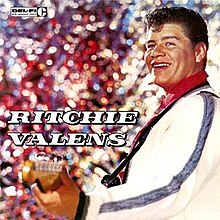 RITCHIE VALENS album was released a month after his death in 1959. Where might he have taken the L.A.-based Chicano rock scene -- and its global status -- years before Los Lobos? 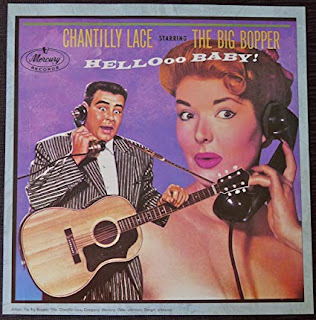 ☆ "THE BIG BOPPER" on a 1958 edition of "The Dick Clark Show" does his original "Hellooo Baby!" musical telephone intro for, then sings, "Chantilly Lace":

Now then -- what's this "breaking news" story that Don McLean sort-of told the Des Moines Register this morning that the song isn't really about Buddy Holly?

You judge. Here's what he said:

"The song is not about Buddy Holly," he said. "It’s about America."

“Buddy Holly’s death is what I used to try to write the biggest possible song I could write about America. And not a ‘This Land Is Your Land’ or 'America, the Beautiful' or something like that. I wanted to write a song that was completely brand new in its perspective.”

We're comfortable with that. And with going with what he always said before this morning. After all, he's now a 77-year-old artist, still out on the circuit, looking for ink to create buzz that puts butts in seats at gigs. Like the gig below that you can go see...

DON McLEAN PLAYS THE SABAN THEATRE in Beverly Hills on Sat, Mar 23 at 8 pm. Tix at:

If you enjoyed our feature, then a must-read for you is Prof. ROSS ALTMAN's piece in "FolkWorks," titled, "The Music Never Died." He begins with personal ruminations from the venue where Buddy Holly & co. played their final gig, then gets into some fascinating history of influences -- including HOLLY's, on a young BOB DYLAN, and the fact that a British band named The Quarrymen liked the "insect" name of Holly's band, THE CRICKETS, so they became... wait for it... THE BEATLES.

There are more details and ironies of why those who died in the plane crash were aboard -- while others, including WAYLON JENNINGS -- were not. Read it at: